Don Vaughan is a Greensboro attorney with more than 38 years of experience. His background makes him particularly qualified to represent individuals and businesses in and out of the courtroom. Don is also a experienced attorney based in Greensboro, NC, and takes on many different types of cases, both criminal and civil, across the state.

Don Vaughan graduated from the University of North Carolina at Chapel Hill with Highest Honors in 1974. He received his master’s degree in public administration from American University, and received his law degree from Wake Forest University. He practices law across the state of North Carolina District and Superior Courts, Federal Court and is licensed to practice before the United States Supreme Court. He has been selected to teach law school at Wake Forest University and Elon Law Schools. 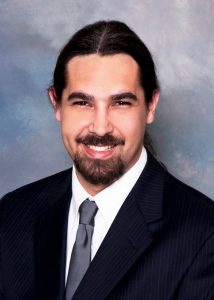 A desire to help others led to Michael’s desire to practice law. It was his experiences living in an area underserved by attorneys that led to his decision to become one, so that he could reach out to those in need. In an attempt to further this goal, Michael received a summer internship with the Humanitarian and Immigration Law Clinic in 2018. These experiences have led Michael to continue to look for ways to assist those in need while practicing the law.

In early 2020, Michael spent a trimester clerking with Judge Whitney in the Western District of North Carolina, before becoming a law clerk under Donald Vaughan. Now, as an attorney with Donald R. Vaughan and Associates, he strives to ensure that every client is represented to the fullest ability of our firm.

Go to Top
We use cookies to improve your experience. By continuing to use our site, you accept our use of cookies.OKPrivacy policy